Dedicated To The Protection And Restoration
Of Wild Areas In Europe

The European Nature Trust supports the most effective conservation projects across Europe.

Through our work, we help people reconnect with the natural systems on which we depend. Our network of conservation projects allows companies and donors to maximise their impact for European conservation.

A legacy of stewardship

The European Nature Trust was founded in 2000 by Paul Lister, a passionate conservationist determined to invigorate the wildlife of our continent. After years in the family furniture business and the sudden ill health of his father, Paul had an awakening; he saw the damage that had occurred across the Scottish ecosystem, and launched a mission of rejuvenation. In 2003, he purchased Alladale Wilderness Reserve in the heart of the Scottish Highlands, now the focus of a pioneering rewilding and ecotourism initiative.

Paul’s vision of restored nature has extended across the continent. At The European Nature Trust, we are working to preserve wild areas that remain, and restore those that have been lost.

A NOTE FROM OUR FOUNDER, PAUL LISTER.
My fascination for the natural world was born from an early love of travel and adventure. Whilst the majority of conservation work is focused on Africa, Asia and South America, TENT works on the protection of the last remaining wild corners of Europe.
In Romania we are supporting the establishment of a National Park, since the country has the most extensive tracts of virgin and old-growth forests in Europe, with the highest concentration of large carnivores on the continent. In Spain the endangered Iberian lynx and Cantabrian brown bear have clung from the brink of extinction, and numbers are increasing due to the concerted action of NGO’s. In Italy, 60 Marsican brown bears are highly threatened, and without support will vanish forever. In Portugal, the wild is returning to abandoned farmland, creating the potential for a new rural tourism-based economy.
To ensure that Europe’s wild areas have a future, vital conservation work is yet to be done. Efforts are needed in areas that are threatened by illegal logging activity: since the fall of communism, Romania’s ancient forests have been under attack from multinational logging companies and corruption. Over the last millennia Scotland has lost 97% of its native woodland cover, leaving a sanitised landscape, brimming with deer and no large carnivores to keep numbers in balance.

Belize is the exception to our European smorgasbord. The nation's ecosystems hum with life's abundance. It's a place where
over 60 per cent of the natural landscape has been preserved.
Through TENT’s activities we support well proven conservation projects on the ground in critical wilderness areas, allowing communities and wildlife alike to thrive. Above all, we love connecting people to nature.
Join us in our mission, and support the restoration of nature. 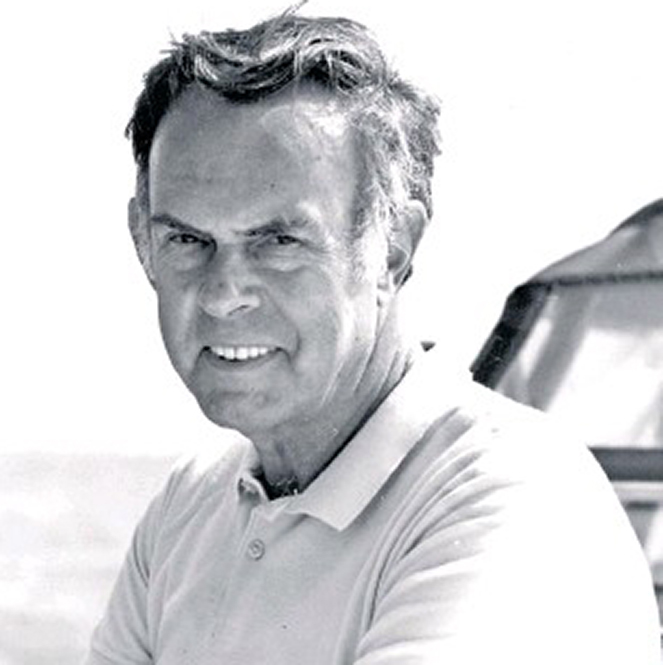 "My father heavily influenced my outlook. He was the adventurous type, with boundless energy, always seeking the next outdoor challenge. My mother was his support system. After selling his remaining shares in the furniture business, he put all his energy and resources into establishing a foundation that has now become the world's premier maritime academy of the south coast of the UK. 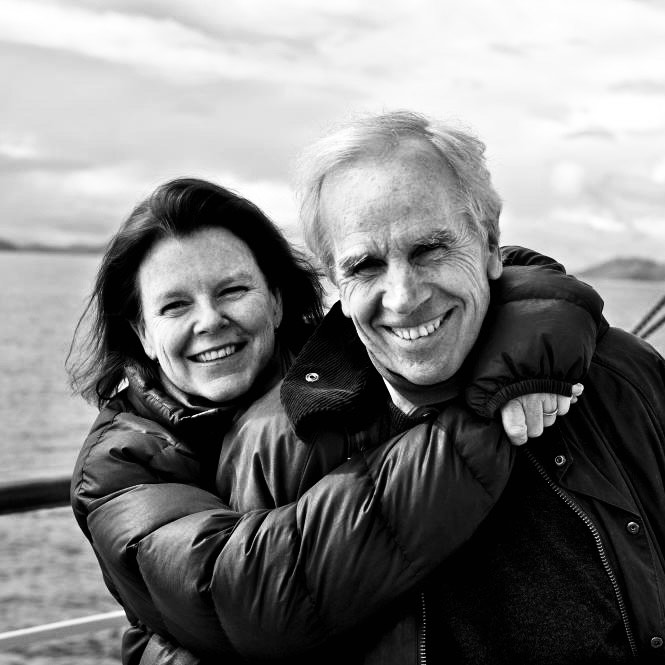 "In 2007 I was fortunate enough to meet Doug and Kris Tompkins, who helped establish and build the North Face, Esprit and Patagonia clothing brands. Once they sold their respective businesses, they began committing their fortune to nature, preserving and restoring millions of acres of wild areas in Chile and Argentina.

A matchless contribution to the natural world, TENT looks to Doug and Kris Tompkins for inspiration as we work to protect and restore the wild areas of Europe"

“A true conservationist knows that the world is not given by his fathers, but borrowed from his children.”

Nature Is Our Greatest Ally – Time To Let It Flourish.

Our future depends on the restoration of wild ecosystems. Those that function naturally are the most resilient: they prevent flooding, clean our air and water, and store the carbon that we emit. Perhaps the greatest benefit of wild areas lies in their spiritual value: the sense of awareness, place, peace and belonging that only true wilderness can afford.

Our vision is one of coexistence: a European continent where wildlife and people alike thrive; where new sustainable, nature-based economies benefit local communities; and where wild nature is cherished, not feared. We aim to preserve the wild areas that remain, and restore those that have been lost.

We work with a network of conservation projects across Europe and beyond. As a grant-making organisation, we fund the most effective conservation projects, allowing companies and donors to maximise their contribution to conservation. Through our boutique conservation journeys, you can visit Europe’s wild landscapes, and contribute to their protection and restoration.
DISCOVER OUR CONSERVATION WORK 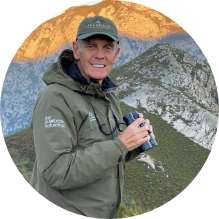 Paul established The European Nature Trust in 2000, initially focusing on environmental and educational projects in Scotland and Romania. His mission has expanded across the continent; a vanguard of European nature restoration, Paul has established a network of conservation projects across Europe. Now at TENT’s helm, Paul’s purpose is simple: ‘leave the land in better condition that it was found’.

With a background in economics, business management and politics, Toby is the Coordinator of the Wild Europe initiative, trustee of The European Nature Trust and Rewilding Britain. His CV in nature conservation is extensive: he is the Vice Chairman of the Wilderness Foundation and trustee of Foundation Conservation Carpathia. Toby navigates TENT’s conservation strategy, helping to seek and establish new projects, and maximise their impact. 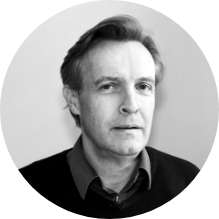 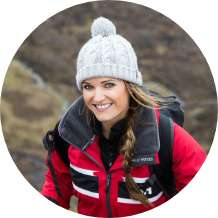 Catherine Capon is a British naturalist and adventurer. Her mission is to promote ecotourism as a conservation tool and to re-engage people with the natural world. Prompted by her early fascination with the outdoors, Catherine went on to study Ecology and Zoology at Imperial College London. With TENT, Catherine seeks to promote our ‘Conscious Travel with Purpose’ philosophy, and aims to connect people with wild nature.

David is an experienced marketeer in the hotel and travel business. He has worked with the likes of Forte, The Ritz-Carlton Hotel Company, Starwood Hotels and Resorts, and he is now the Director of The Lime Wood Group. David is passionate about conservation and rural regeneration; his experience with day-to-day business operations, management and tourism helps TENT to expand our network, and connect more audiences with nature restoration. 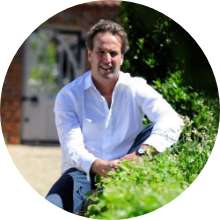 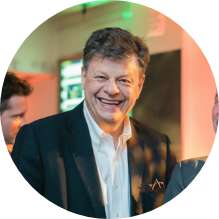 Alexandru is a trustee of the Romanian Centre for Economic Policies. He has also worked for the World Bank, Bertelsmann Foundation, USAID and the European Commission amongst others, as well as acting as Counsellor to the Minister of Finance and an economic advisor to the Prime Minister of Romania. Alexandru is TENT’s primary strategist and liaison for Romanian conservation.

“The support of The European Nature Trust over the last ten years has been invaluable, from financial contributions to key introductions, they have been long-standing supporters” 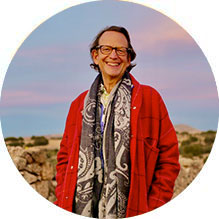 Andrew lives in Madrid, following many years of living in Barcelona. He is a former communications agency leader with an extensive international career. As a TENT ambassador, Andrew plays a pivotal role working on CSR (corporate social responsibility) partnerships whilst also organising media and press events throughout Spain. TENT supports a number of NGO’s in Spain with a focus on landscape protection and wildlife conservation.

Chris is an ecologist and award-winning conservationist, educator, TV host, film producer and podcaster. His shows have reached millions of people worldwide. TENT proudly supports Chris’ mission to inspire humans everywhere about wildlife. Having supported the production and distribution of many of Chris’ films, TENT now supports the production of ‘The WILD with Chris Morgan’ – an award winning podcast series, and an immersive audio experience like no other. 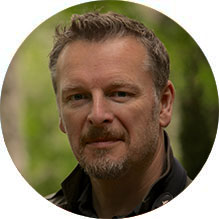 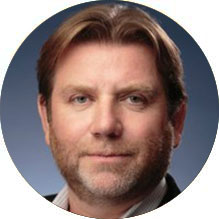 Mark Wilkins is the son of a British Navy pilot who grew up in Hong Kong, Canada and the UK. Mark recently sold his North American audio visual distribution business and established a foundation supporting ocean conservation. Mark is a keen traveler and spends much of his time exploring new places, enjoying nature and thinking of innovative ways to conserve it. With homes in Florida and the UK, Mark supports TENT’s work, in Belize and beyond.

Ross is a financial broadcaster and businessman with a decorated career in journalism. For twenty years, Ross worked as a news anchor for CNBC Europe. As a TENT ambassador, Ross supports our mission to engage new audiences with nature conservation; to deliver the journalistic truth about its value to local and global communities. He plays a crucial role in our events planning and execution, helping us to extend nature’s reach. 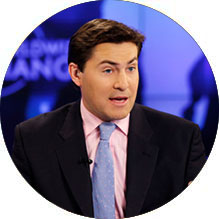 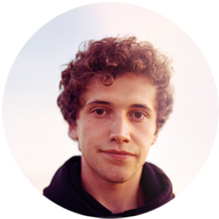 Conservation Manager
Jacob manages TENT’s day-to-day activities. A lifelong nature lover, he is passionate about protecting and restoring Europe’s last remaining wild areas. Jacob is always planning new ways for TENT to make impactful contributions to conservation, while nurturing and growing existing relationships with our partner foundations. Working as an environmental journalist for high-profile publications, Jacob actively investigates the relationship between humanity and nature. He is passionate about the intrinsic value of wild areas as places to heal, nourish, and inspire.
Get in touch with Jacob to find out more: jacob@theeuropeannaturetrust.com

Nuno Luz is TENT’s eyes and ears in Portugal. As an ambassador, Nuno supports our work with Rewilding Portugal in three capacities: building public and media relations for the benefit of wildlife conservation; developing political interest and awareness of Rewilding Portugal’s work; and promoting their projects to key business leaders. Nuno has extensive experience as a newspaper and magazine editor and as a writer, as well as in political communication, territorial marketing and public affairs. He is an avid cyclist, a keen adventurer, and loves nothing more than escaping to the wild. 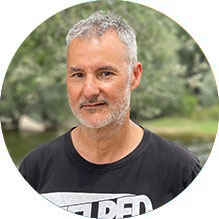 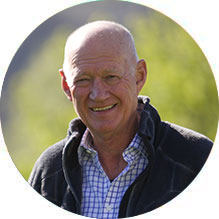 Hugh Fullerton Smith is a long-term supporter of TENT. As a former director, Hugh helped to establish many of our conservation and restoration projects in Scotland, with a focus on the restoration of Alladale Wilderness Reserve, Scotland’s pioneering rewilding project, where he was General Manager from 2006-2013. Hugh is passionate about youth education, and now leads a number of initiatives focusing on environmental and sustainability education. A force of nature, Hugh has boundless energy for conservation and community development projects.